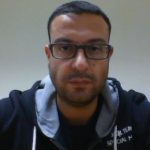 Dr. Dimitrios Giagopoulos is Associate Professor, in the field of Dynamic Analysis of Machines and Mechanisms at the Department of Mechanical Engineering of University of Western Macedonia. He received his degree in Mechanical Engineering and Aeronautics at the University of Patras in 2000 and his Ph.D. in the field of Dynamic Analysis and Modeling of Complex Structures with Linear and Nonlinear Components using Numerical and Experimental Methods, at the Aristotle University of Thessaloniki in 2006. He has more than 70 publications in International Referred Journals, International Referred Conference Proceedings and Book Chapters. Since 2000 participated as a Scientific Coordinator and Program Leader in more than 28 Research Projects in the field of Structural Dynamics, funded mainly by industry and competitive national programs. He is member of the Greek Technical Chamber, of the American Society of Mechanical Engineering (ASME), of the Society for Experimental Mechanics (SEM) and of the Engineering Mechanics Institude (EMI). Also, since 2019 is Director of the Graduate Program “Advanced Engineering of Energy Systems” ADVENS 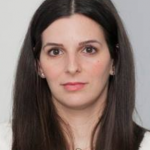 Dr. Olga Markogiannaki is Post-Doctoral Researcher in the field of Dynamic and Seismic Analysis of Structures at the Department of Mechanical Engineering and Teaching Staff in the field of Natural Disasters at the Department of Environmental Engineering in the University of Western Macedonia, Greece. She received her degree in Civil Engineering at Aristotle University of Thessaloniki in 2008, her MSc in Civil Engineering and Engineering Mechanics at Columbia University, USA, in 2010 and her Ph.D. in the field of Nonlinear Seismic Analysis and Improving Seismic Safety of R/C Structures, at the Aristotle University of Thessaloniki in 2015. She has more than 30 publications in International Referred Journals, International Referred Conference Proceedings and Book Chapters. She has participated in Research Projects in the field of Structural Dynamics and FE Modelling, Infrastructure Assessment and Mitigation of Natural Hazards and Climate Change. Her research interests lie in a. Nonlinear Dynamic Analysis, Structural Health Monitoring, Finite Element Model Updating and Damage Detection, b. Resilience of infrastructure (bridges, networks, buildings) to Natural Hazards and Climate Change, c. Risk Analysis and Adaptation Strategies for Disaster Risk Reduction, d. Optimal Design of Bridges and Structural Systems, e. Retrofit of Existing Structures, f. Rocking Response of Structures. She is Vice-President of the Hellenic Council of Civil Engineers and is member of the Greek Technical Chamber, of the Greek Scientific Association for Concrete Research and of the Hellenic Association of Seismic Mechanics. 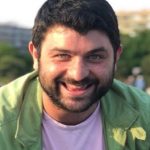 Dr. Panagiotis S. Natsiavas received his bachelor degree in Mechanical Engineering from the Aristotle University of Thessaloniki (AUTH) in June 2012. After graduating, he continued his studies in the United States of America (USA), where he received a Master’s degree in Mechanical Engineering from the California Institute of Technology (CALTECH) in June 2013. At the same university he completed his doctoral dissertation on “Stability of Electrode-Electrolyte Interfaces during Charging in Lithium Batteries” and was awarded a Ph.D. in the same department in June 2016. He then worked as a postdoctoral researcher on developing a computational model to explain experimental observation of shock wave propagation in glass under intense loading conditions at the Massachusetts Institute of Technology (MIT) for one year. Since January 2018, he is working as a post-doctoral researcher at the Chemical Process and Energy Resources Institute (CPERI) in Centre for Research and Technology Hellas (CERTH) located in Thessaloniki. His scientific interests lie in a) modeling and simulation of integrated process systems for carbon dioxide capture, b) development, design and control of systems, c) improvement and techno-economic analysis of processes, and d) high performance computing. 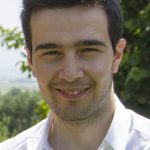 Alexandros Arailopoulos received his diploma in Civil Engineering in 2009 from Aristotle University of Thessaloniki. Thereafter he obtained his MSc in 2010 from University of London in Sustainable Energy Systems. He later received his diploma in Mechanical Engineering in 2014 from University of Western Macedonia. Currently, he is a Phd student on the topic of “Optimal Finite Element Modeling of Mechanical Systems with Linear and Nonlinear characteristics using Numerical and Experimental Methods”. He has 3 publications in International Referred Journals and more than 10 peer-reviewed conference papers and presentations. He has participated in 2 Research Projects with industry and is a member of the Greek Technical Chamber.

Ilias Zacharakis received his diploma in Mechanical Engineering in 2017 at the University of Western Macedonia (UOWM). Currently at the same university he continues as a Phd student on the topic of “Estimation and Damage Detection of Composite Structures using Optimal Modeling and Vibration Measurements from a Limited Number of Smart Sensors”. He is participating in a research project and is a member of the Greek Technical Chamber.

Seventekidis Panagiotis graduated in 2014 from the Department of Mechanical Engineering of AUTh and continued his postgraduate studies at the NTUA on computer engineering, graduating in 2016. He has worked as a researcher in multi – scale methods in metallic materials and later as a computational engineer at Belgium. In 2019 he started as a PhD candidate of the Department of Mechanical Engineering at Laboratory of Vibrations and Machine Dynamics with Supervisor Ass.Professor Dr. Dimitrios Giagopoulos with his title Doctoral thesis “Control of the structural integrity of constructions through Computational and Experimental Testing as a General Approach to the Fault Detection Problem “. The main subject of his research focuses on the development of engineering learning algorithms in combination with finite methodologies data and experimental measurements for estimating and detecting structural damage. It also has professional experience in CAD design and design of mechanical engineering equipment in industrial environment; life estimation and engine data damage detection. He has participated in 4 publications in international journals and conferences.

Joseph Koutsoupakis received his diploma in Mechanical Engineering in 2020 at the University of Western Macedonia (UOWM). Currently at the same university he continues as a Phd student on the topic of “Machine learning algorithms for damage diagnosis and prognosis of mechanical systems using vibration measurements and computational methods”. He is participating in a research project and is a member of the Greek Technical Chamber.